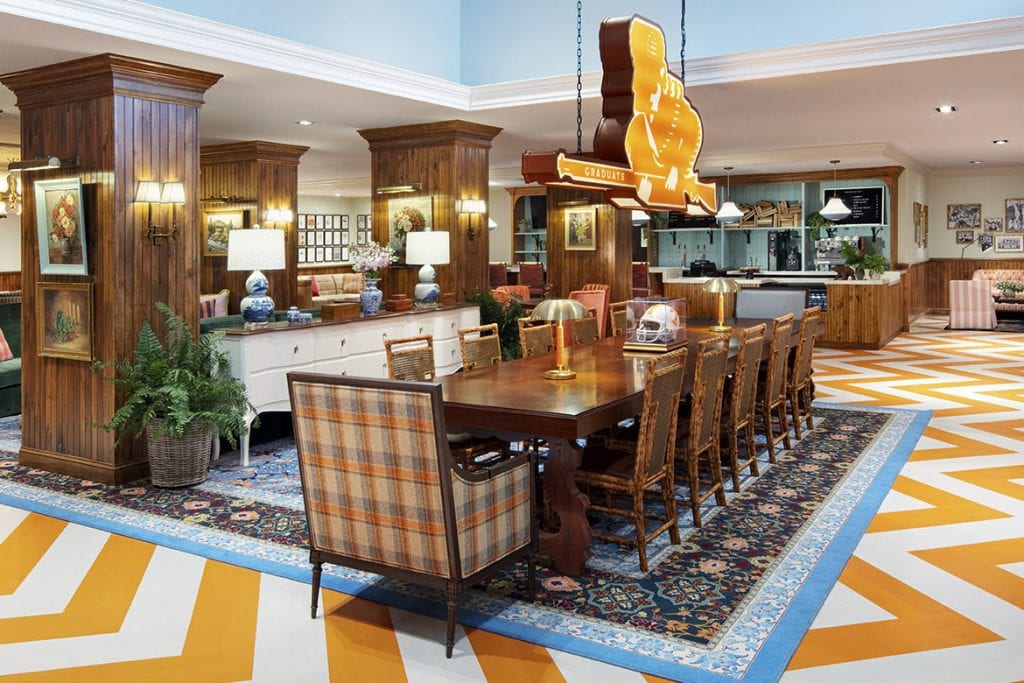 Ben Weprin (’01) has developed a national brand on building and repurposing hotel properties in college towns to appeal to alumni returning to their alma maters. His latest project has brought him back to his own alma mater, and he has given fellow Vols a chance to be a part of the project.

Weprin opened Graduate Knoxville in the former Hilton Garden Inn on Cumberland Avenue on August 13. The revamp includes a lot of features that will make Vols cheer, including UT-themed illustrations by cartoonist Marshall Ramsey (’91) in the lobby. And thanks to a friendship between Weprin and Peyton Manning (’97), the hotel’s bar and restaurant, Saloon 16, will boast the largest collection of Manning family memorabilia anywhere.

Late last fall, Graduate Hotels reached out to Associate Professor Courtney Childers of the School of Advertising and Public Relations to see if her students could work on a real-world marketing campaign for the hotel. The project was perfect for her Advertising Management class.

“The syllabus indicated that we would have a legitimate client for the final project,” said Kara Wegner, a Nashville native who graduates in August with a degree in advertising and a minor in business. “Dr. Childers informed us in March who our client was, so we pretty much hit the ground running.”