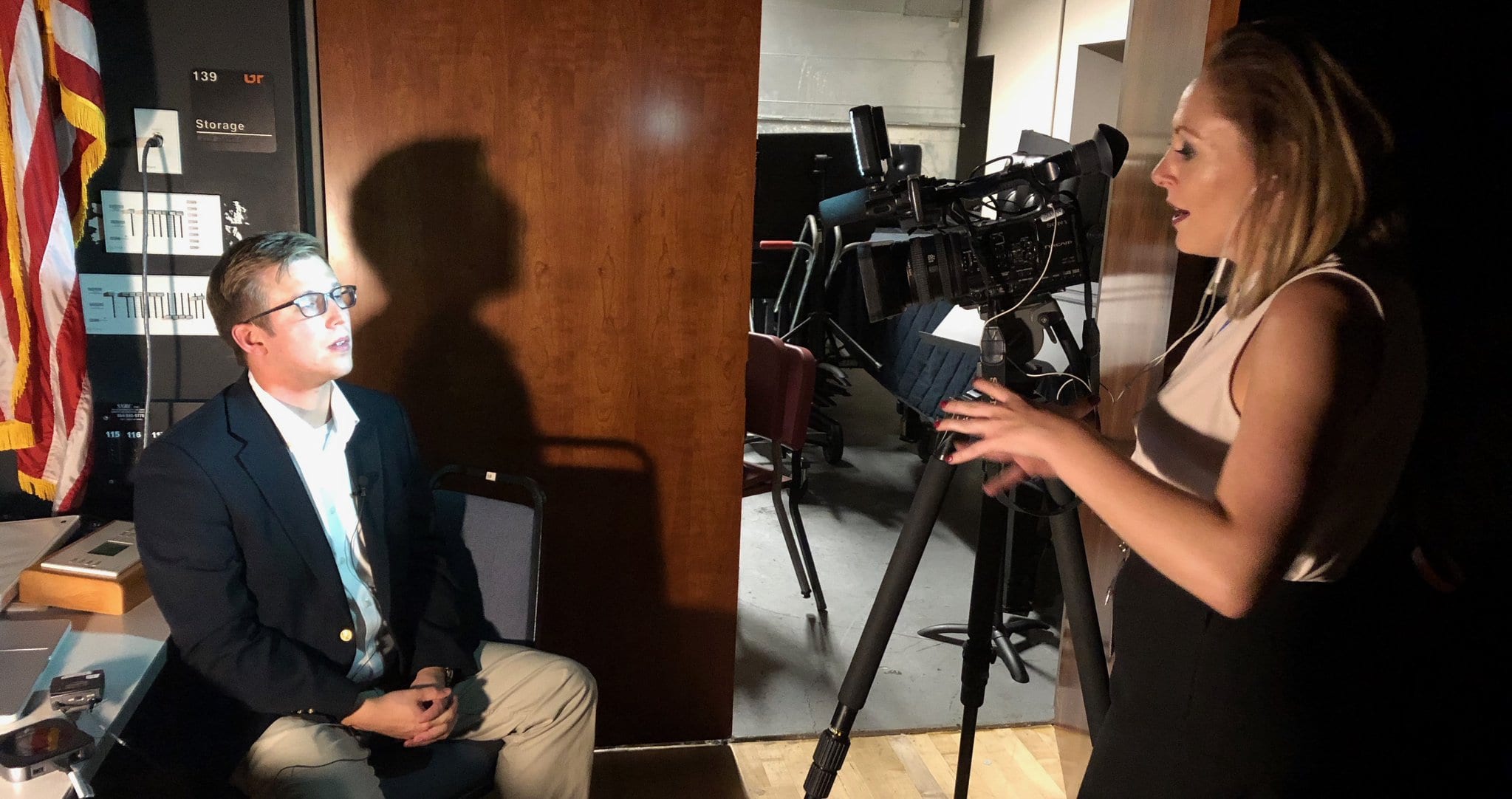 Dr. Courtney Childers and Brandon Boatwright oversaw the social media analysis of the debate. Boatwright is a doctoral student in the College of Communication and Information and the assistant in residence of the Adam Brown Social Media Command Center (ABSMCC).

A career in academia and research was not on Brandon Boatwright’s radar when he majored in journalism as an undergraduate student at Clemson University. During the early years of his education, he had full intentions of becoming a sports writer. It wasn’t until an internship caused Boatwright to be working long hours and late nights that he realized sports journalism was not his passion.

When Boatwright decided to go back to Clemson for his master’s degree in communication, technology and society, he was given the opportunity to teach. “When I was in the classroom with the students, I realized this is where I want to be,” recalls Boatwright.

After teaching at Clemson for four years, Boatwright came to the University of Tennessee to pursue his doctorate while continuing to follow his passion for teaching and research. “UT had everything I was looking for in a school,” says Boatwright. “I found myself conducting research with some of the best faculty members I have ever met, using innovative resources to study public relations and making an impact on the engaged undergraduate population that I teach on a daily basis. I found a community at UT.”

Research is one of the many hats Boatwright wears on campus. He spends a lot of his time supporting research of various faculty members. “The ADPR community is awesome because I get to work with people who are much smarter than me every single day,” states Boatwright. He specializes in research that focuses on how an organization takes a stand on controversial issues, its decision-making process and the implications for the publics they target.

Boatwright also spends a lot of his time working in the social media command center. After working in Clemson’s social media listening center, this role of various tasks is familiar to Boatwright. Depending on the day, Boatwright is either working on the ABSMCC blog, giving demonstrations about the software to various courses so they can incorporate it into the classroom, analyzing the sentiment of social media posts regarding current events or facilitating research for other faculty members in the college. “It is such a robust tool, and it’s so rewarding that I get to help students feel confident and competent while using it,” says Boatwright.

Boatwright’s time at UT has helped him expand his skill set while discovering his true passion for teaching and researching. “I don’t think I would get a better doctorate education anywhere else,” states Boatwright. “UT was the best place for me.”