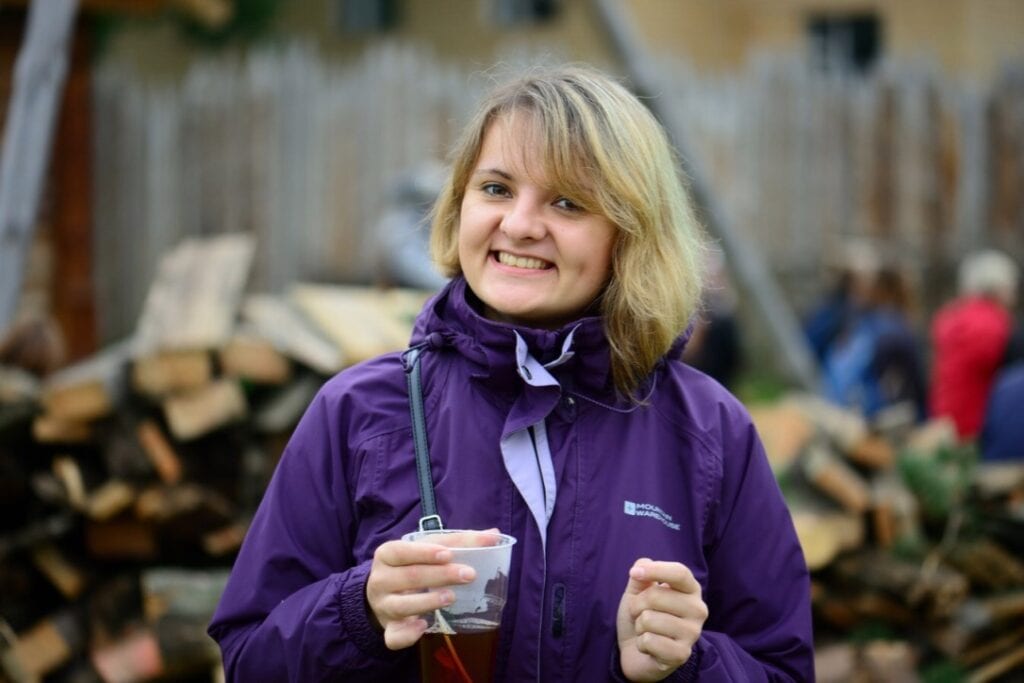 Anna Kochigina, a PhD candidate in the ADPR program, is originally from Pavlovsky Posad, Russia. She came to the United States in 2011 on an athletic scholarship to play tennis for the University of Central Oklahoma where she received her bachelor’s degree in public relations.

“Those were some of the best times in my life,” Kochigina said. “The opportunity to travel around the United States with my team was unforgettable.”

After obtaining her undergraduate degree, she began working as a tennis coach and applied to jobs and graduate assistantships in the meantime. She received little feedback and decided it was time to move back to Russia to explore her options.

Just before heading home, Kochigina saw a Facebook post about a local Russian concert and decided to attend before traveling. While at the concert, she coincidentally met a strategic communications professor from the University of Oklahoma. After getting to know each other, the professor decided she would fit perfectly into their school, helped her apply for scholarships, and get admitted into the master’s program!

“While studying and doing research in my master’s program, I fell in love with public relations. This is where I really began to figure out why public relations is done and what it is all about,” Kochigina said.

Deserved, she was given the 2014 – 2015 Grunig Outstanding Master’s Thesis Award upon the completion of her degree.

Later on, she decided to take a break from academia and work in the industry. She was hired as a project manager for PRIME Research where she directed top-tier technology clients, conducted both qualitative and quantitative research, and collaborated with her team on a global scale. After working at PRIME Research for a year, Kochigina traveled home and joined the public relations and public affairs agency, CROS, Moscow, in a position of a project manager.

The director at the agency was also a department head at the Higher School of Economics and invited Kochigina to work as an integrated communications instructor. She took the opportunity and recognized that teaching was her passion. She took pleasure in helping students become their best and decided to pursue her Ph.D. so she could make this passion a career.

At UT, Anna teaches the Public Relations Research Methods course, in which she largely draws from her diverse industry experience.

Anna’s research takes a public-centered approach to public relations, exploring how publics engage with organizations, other publics, messages, issues, risks, and crises. She is interested in what constitutes engagement, what motivates publics to engage, and how different forms of engagement affect publics, organizations, and development of issues. Using the framework of engagement, Anna wants to move beyond understanding how societies can be fully- functioning, but identify how communication can help them thrive. She is also interested in disengagement, advocacy, activism, corporate social responsibility, storytelling, global public relations, as well as risk and crisis communication.

Kochigina’s future aspirations are to work in academia, teach, build her land of research, learn more, and become a mentor for others.

“I want to give back to others what so many have given me. Being an empowering mentor and encouraging people to accomplish what they believe in is a dream goal of mine,” Kochigina said.