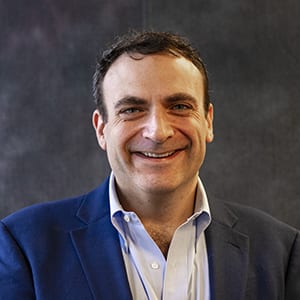 A political and public affairs consultant specializing in strategic communications, Isaac Wright has spent nearly two decades as a communications operative and strategist in campaigns and public affairs. Isaac is a founding partner of Forward SSG consulting firm, Terrain Media Group ad agency, and the Rural Voter Institute research organization. He has appeared as a political commentator on Fox News Channel, CNN, POTUS Radio, Sky News, and other national and local programs.

In recent election cycles, Isaac worked on campaigns and advocacy from coast-to-coast, winning statewide and local elections in some of the toughest environments. His team's work was recognized with national Reed and Pollie awards for the best online advertising, best online targeting, best direct mail, and best websites nationwide.

Previously, Wright served as an executive director and chief operating officer of the principal research and rapid response Presidential 2016 SuperPAC effort. Wright began working in campaign activities as the youngest member of the national communications staff on the Gore-Lieberman 2000 campaign. Wright’s experiences include numerous gubernatorial and federal campaigns. Wright served as an early primary state communications director for the Hillary Clinton campaign in 2007 and 2008. Specializing in rural and red-state activities, Wright was a senior strategist in the election and re-election efforts of Arkansas Governor Mike Beebe and Missouri Governor Jay Nixon.

Newspaper columnists have referred to Wright as “a Southerner trained in the culture and keen on how Democrats compete in the region.” He has been described by columnists as “closed captioning for the candidate” and “overseer of the message.” Specifically, his rapid response work was described in one news account as “stealing another candidate’s sunshine.”

In 2015, The American Association of Political Consultants (AAPC) named Wright one of the 40 best and brightest campaign professionals under 40 years old currently working in the United States (AAPC “40 Under 40”). Campaigns & Elections Magazine named Wright a “Rising Star” of American politics in 2011.

An active believer in young people’s involvement in the political process, Wright is a former professional adviser to the Tennessee Federation of College Democrat and has guest lectured on strategic communications and political communications at five institutes of higher learning in Tennessee, Arkansas and South Carolina. Wright was honored as the University of Tennessee, Public Relations Alumnus Of 2014 and served a three-year term on the University of Tennessee Board of Visitors for the College of Communication & Information. He currently serves as President-Elect of the School of Advertising & Public Relations, Board of Advisors. Wright is a Political Partner at the Truman National Security Project. Isaac and Kate were honored with the 2018 Harry S. Truman Award for Political Leadership.