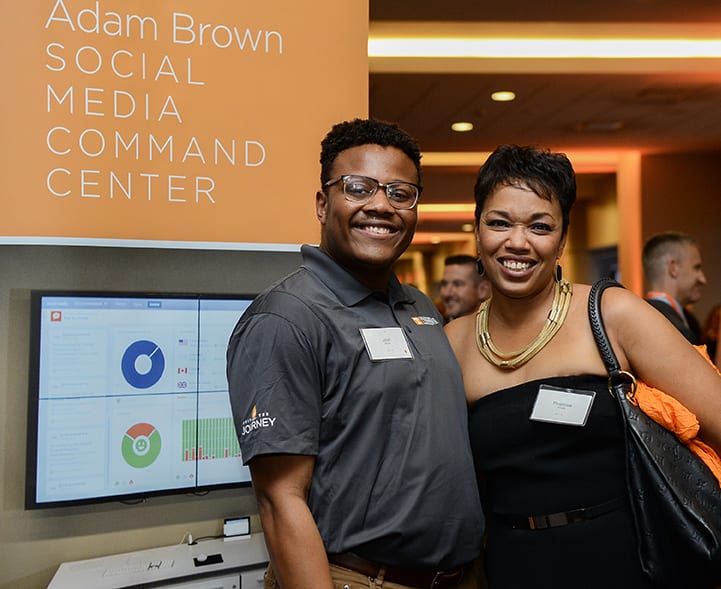 Joshua Oliver dreamed of many careers as a kid growing up in Memphis; architect, actor, and ultimately, ad man. He found his home in the UT School of Advertising and Public Relations with a major in advertising and a minor in business with the guidance of a teacher/mentor at White Station High School.

Oliver will graduate with his degree in May and travel to New York City for the second summer in a row to participate in the American Association of Advertising Agencies’ Multicultural Advertising Intern Program (MAIP). Upon completion of his internship, he hopes to land a full-time position in the advertising industry.

“I hope one day to be in a position to give back to my Mother,” said Oliver. “She raised us in a single-parent household that was filled with joy, laughter and music. She was my inspiration to come to UT as a first-generation college student. Her unyielding support has encouraged me throughout my college career. She even earned her degree back in Memphis while I was in Knoxville working on mine!”

Oliver knew he had found his home with a career in advertising during the Spring semester of his freshman year. “I had a class with Professor Eric Haley where he outlined for us in his third lecture the structure and job functions within a typical ad agency,” remarked Oliver. “I saw myself there. Every single job he outlined within an ad agency was something I could be enthusiastic about.”

Read the rest of the story here.