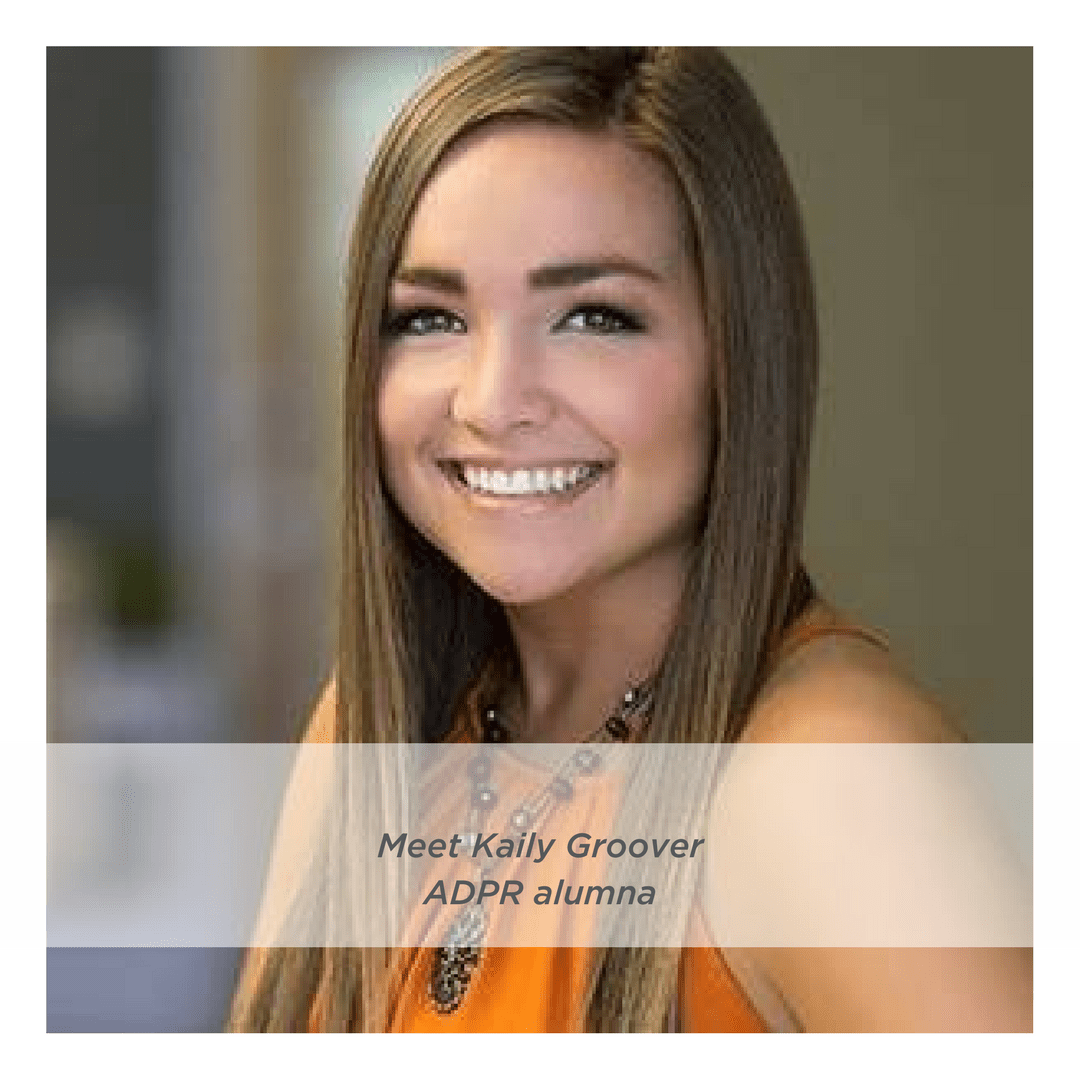 Less than a month after graduating from the College of Communication and Information, Kaily Groover is a Paid Media Account Coordinator for Cohn & Wolfe in New York City. Hear from Kaity below:

In my new role, I will be elevating her clients’ paid media strategies, executing digital advertising practices and using innovative tactics to bolster the reach of earned and owned media. As part of the application screening process, I took part in a series of Skype interviews and had to submit a large final project. The project included creating an original 14-month paid media campaign consisting of eight different strategies and a $250,000 budget. There was stiff competition for the position and I am so grateful that both my experiences and education at UT equipped me with the skills needed to get to the Big Apple. The knowledge I gained from both Dr. Cho’s PR 470 cases class and Laura Mansfield’s PR 420 writing class were central in preparing me for this application process and, ultimately, this industry. Both professors aimed to replicate a real life experience in the classroom, and encouraged my classmates and me to focus on crafting excellent products rather than on working toward a desired letter grade.

Additionally, I really appreciated getting the chance to participate in a U.S. Diplomacy Lab with Journalism Professor Stuart Brotman for the U.S. Department of State. Through that project, I was able to provide analysis and recommendations on how U.S. embassies can and should use social media to reach public diplomacy goals. I also interned in Sydney, Australia with the CCI Global Scholars Program, assisting media and public relations for Sportscraft’s unveiling of Australia’s 2016 summer Olympic outfits.

If I had one piece of advice for underclassman, it would be to insert an internship experience into their schedule as early as possible. I am confident that the five internships I held during school contributed to my preparation and success in finding a job. During my senior year, I worked as an account coordinatorat a boutique agency. Due to previous internship experience and some self-taught skills, I quickly became the “go-to” person for the agency’s paid media initiatives. My most successful and enjoyable project was a holiday influencer and paid social media campaign, which tripled the client’s year-to-date (YTD) sales over a five-week period.

I am delighted to start a job that will intellectually challenge me in a city I’ve dreamed about. Cohn & Wolfe has earned many accolades in the communications industry and holds a strong focus on innovative approaches— something I really appreciate. I’m looking forward to representing UT’s PR and Advertising department in the Big Apple and beyond!