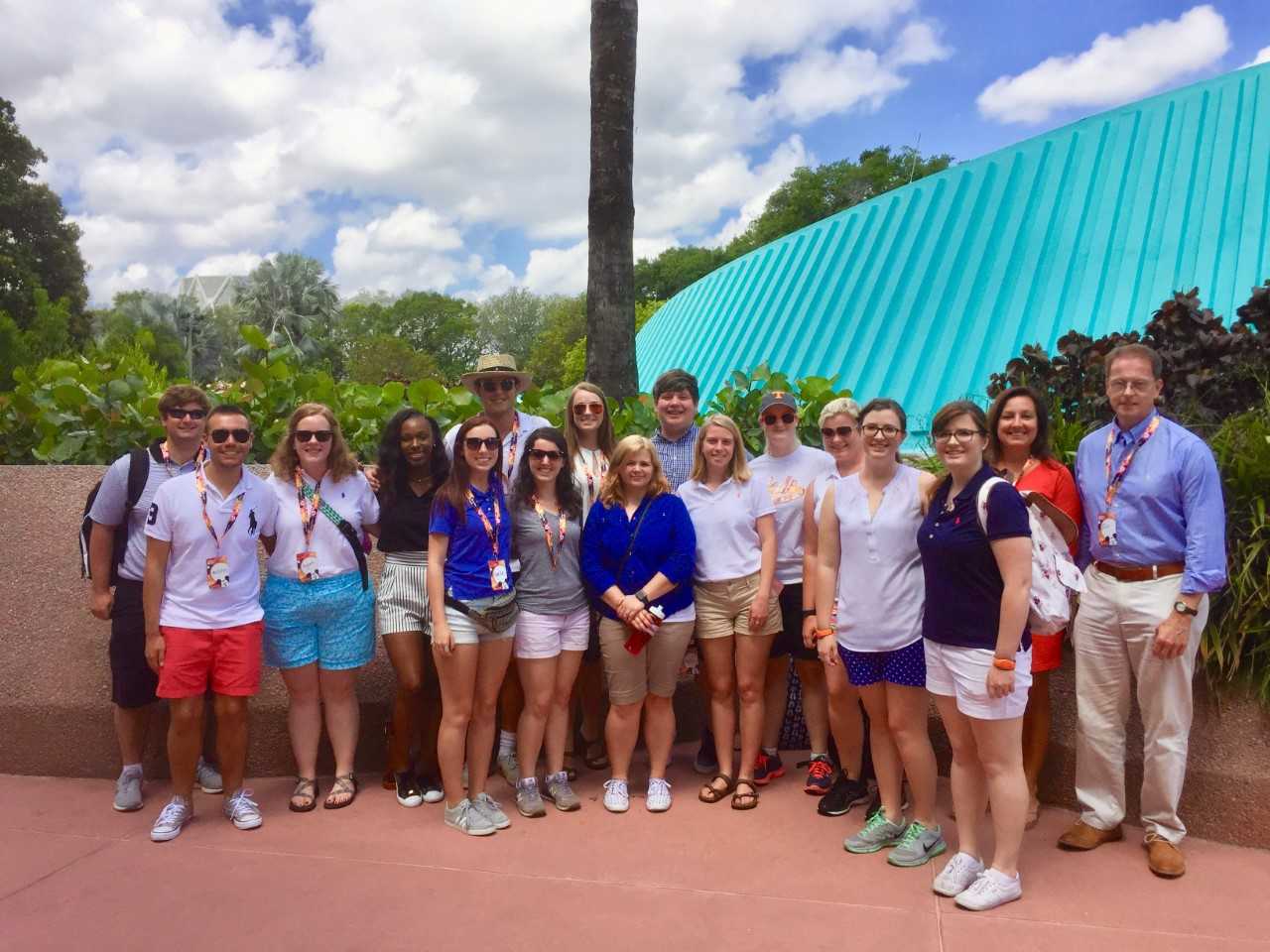 When asked about the trip Kendall Thompson had this to say, “There were so many amazing moments on this trip, from wandering through the parks to take a behind-the-scenes look at Yellow Shoes, that it’s hard for me to pick a favorite! Meeting with some of the creatives that support the Disney brand and getting to pick their brains was definitely a highlight. Taking a peek into the ad archives was really cool, too! I doubt I would get to do that on any other Disney trip. At Yellow Shoes, we learned how the agency functions with the larger Disney company. We also go to talk to a few of the interns about their journey. I found their advice about traversing the application process to be helpful.”

Disney Youth Education Series is a series of educational workshop geared toward university students to assist in their professional development. Participants are exposed to and take part in the strategies and techniques used by Leaders at Walt Disney World in creating lasting memories for their guests. Participants in these programs are able to expand their knowledge skills through engaging challenges, observations and interactions with Cast Members and Leaders of Walt Disney World. Programs cover such topics as creative development, techniques of teamwork, leadership strategies, and corporate culture.

The tour of Disney’s Yellow Shoes Creative Group provided an opportunity for students to learn and experience what it is like to be part of one of the most admired companies in the world. Provided with an insider’s view from one of the agency’s leading creative directors, the students were treated to a comprehensive review of the roles of various members of the organization, the creation and development of certain projects that the agency had been tasked with, and an opportunity to listen and speak with current interns regarding career development in the field of advertising.