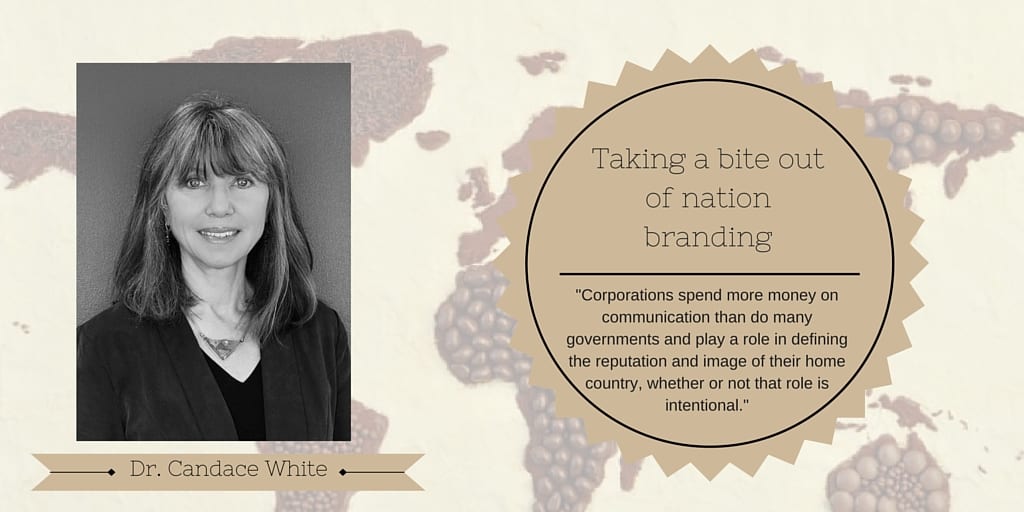 “Nation branding for countries that are transitioning to democracy after decades behind the Iron Curtain carries unique challenges because the identity of many smaller countries was erased under communism. National identity exists as a self-perception, but it is difficult to create a credible and cohesive nation brand in the absence of a cohesive sense of national identity.

Simon Anholt contends that the only thing that can permanently change a country’s image is a change in the way a country sees itself, because a nation brand is national identity made tangible.  In his book Places: Identity, Image, and Reputation, he writes “no place on earth can hope to make others respect and admire it unless it first admires and respects itself.” As an example, in his nation brand index, the top 10 countries in terms of positive national brand rate themselves first, and the bottom 30 countries rank other countries above their own.

Nation brands and national reputation are multi-faceted and emanate from many entities –  including corporations. Corporations spend more money on communication than do many governments and play a role in defining the reputation and image of their home country, whether or not that role is intentional.

“Corporations spend more money on communication than do many governments and play a role in defining the reputation and image of their home country, whether or not that role is intentional.”

One example that shows just how corporate communication can affect national branding in a transitional country can be found in Romania. In the course of rebranding ROM candy bars, the company engaged in the promotion of a new national identity. Corporate communication used in the campaigns not only contributed to enhancing national identity inside Romania, but became intentionally focused on creating a positive image of Romanians outside the country.

The ROM chocolate brand first appeared in Romania in 1964 during the communist regime. The package, depicting the Romanian flag, changed very little over the years. By 2005 the brand was almost forgotten and sales were flat. ROM candy was associated with life under communism and had lost most of its market share to global brands. Consumer research showed that younger Romanians found national symbols and products unattractive, but associated global brands with higher quality and a more modern, western lifestyle.  In 2010 Kandia, the parent company of the ROM candy, approached the advertising agency McCann Erickson to revitalise the brand to appeal to a younger demographic in order to increase sales.

The company launched The American Take-over campaign, which introduced the new American ROM chocolate bar packaged in a wrapper depicting the flag of the United States instead of the Romanian flag.

Of course, since a nation’s flag is its most potent visual expression of identity, the reaction to the American takeover campaign triggered a negative response throughout Romania – just as the company assumed it would.  However, at the same time it stimulated a very positive reaction toward the country of Romania and its national identity.

The campaign, which included banner ads, television commercials and advertorials, relied heavily on social media and directed attention to a website created for the campaign (no longer available online).  Within a week, more than 20,000 Romanians protested the candy’s package change on the website, blogs and social media including user-generator videos on YouTube. In a single store more than 200 chocolate bars were sold in the first hour after the campaign launch, which was the intended consequence of the marketing campaign.

An unintended consequence was that the ROM campaign set a media agenda that led to discourse about Romanian national identity and helped evoke conversations about national pride. It helped persuade Romanians to be proud of their heritage and the local brands that carry their history and tradition, thus promoting a more cohesive national identity, which is often necessary in transitional nations as a precursor to effective nation branding.”

For the full article, visit: http://www.communication-director.com/issues/taking-bite-out-nation-branding#.VmccgcqbEXM